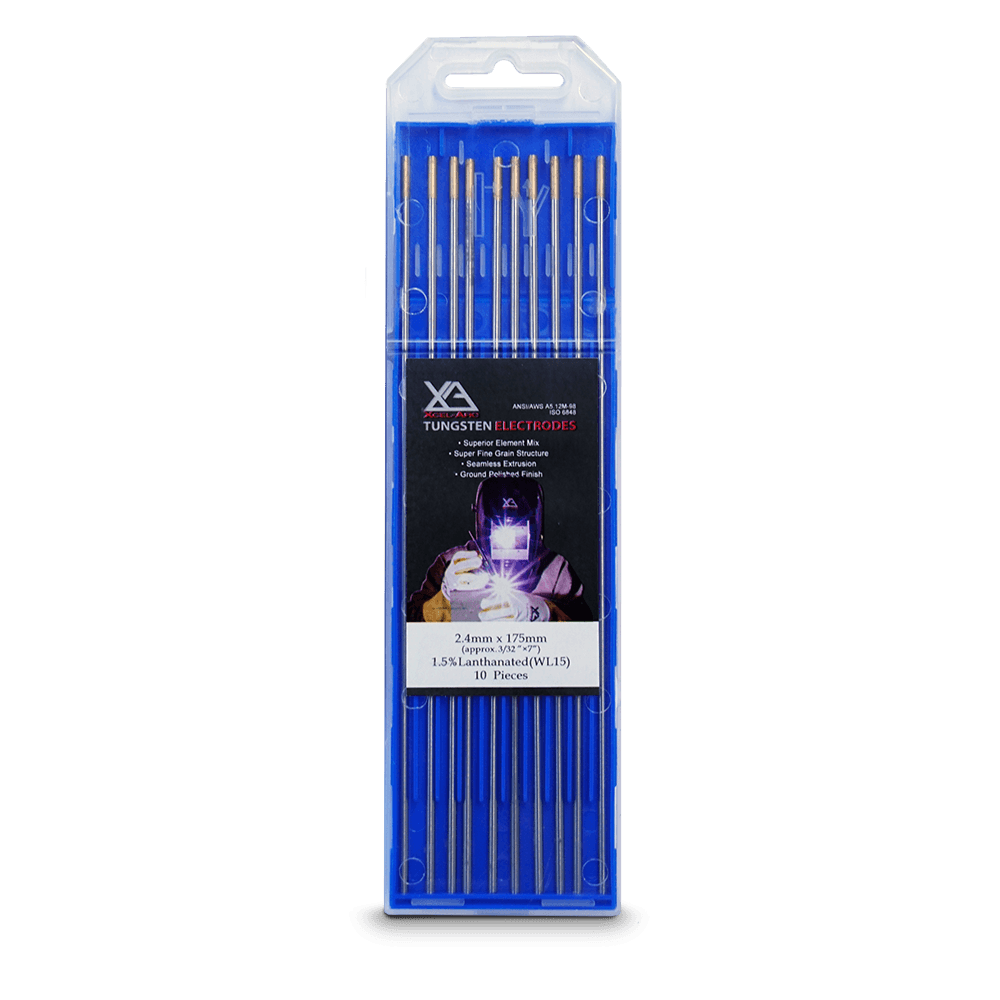 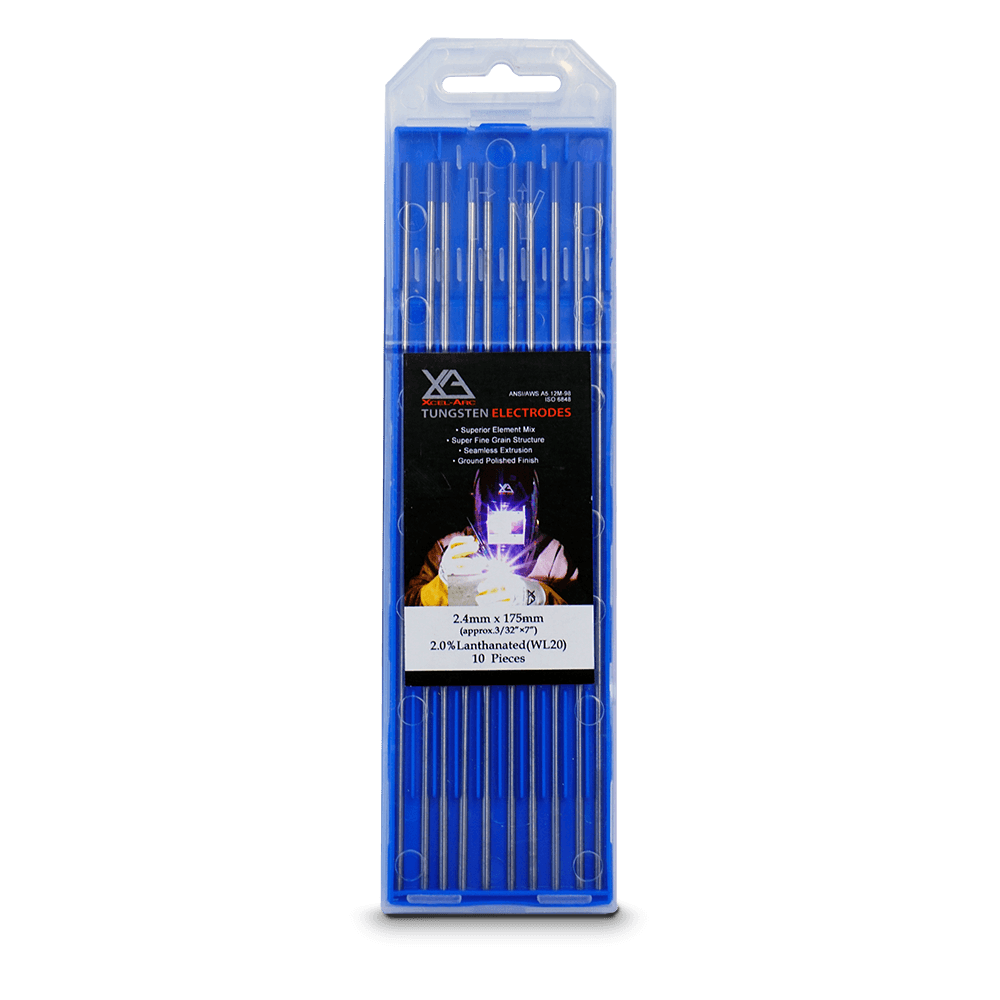 In Europe and Japan this has been the most popular alternative to 2% Thoriated tungsten for most applications. It is available as 2%, 1.5%, and 1% Lanthanated tungsten. Lanthanum Trioxide has the lowest work function of any of the materials thus it usually starts easiest and has the lowest temperature at the tip which resists grain growth and promotes longer service life. Testing of 2% Lanthanated material showed that it offers much longer life than Thoriated if not overloaded and better arc starting in most applications.
It is also especially good at;

Welders with tube mill applications have been especially satisfied with this material because its longer life reduces down time. Also, as a general rule it will probably require about 15% less amps to start and sustain low current arcs. Lanthanum in this tungsten is a “rare earth” material and is not radioactive.

This tungsten is primarily used for DC welding, but will also show good results for AC welding. 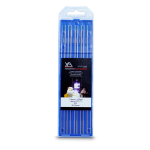 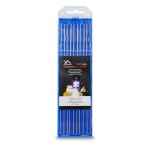 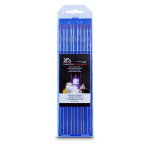 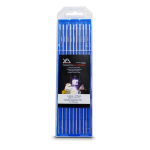